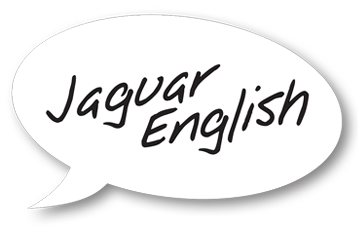 Michael Levit studied at Tel-Aviv College, specializing in ‘Applied Scholastics’, where he concentrated his efforts on the following subject areas: “the nature and problem of study”, “the basic study manual”, “how to learn”, “self analysis psychotherapy” and “communication”.

Following his graduation at Tel-Aviv College, he was accepted to study at The University of Jewish Spiritual Heritage, a well established University that concentrates on the study of Jewish philosophy regarding life and education. Michael felt the need to effectively put into practice what he had studied both at College and University in order to help both students and parents, and worked as a consultant regarding the nature and problems of study and communication, at a children’s rehabilitation clinic, run by his father Dr. Lev Levit in Tel – Aviv.

For ten years, Michael concentrated his consultations on children with the inability to study, and bridged relationships between parents and their children. Through effective communication and development, Michael assisted numerous parents and children who had various difficulties. Some of those difficulties included, the lack of concentration by students during study, the lack of interest in school and the subjects offered, as well as relationship problems between parents and children, to name but a few. Most parents who visited the clinic had referred to it as a last resort as they had no hope that their children would prosper educationally.

One of Michael’s success stories goes as follows. While working at the practice, in April 2007, Michael was approached by a woman who had serious concerns regarding her son’s constant and adamant refusal to study. His simple desire was just to play soccer. Consistent disregard for his fellow class members desires to learn, the boy continuously disturbed lessons and on more than one occasion, was sent out of lessons – this was an adequate result for the boy, as his sole ambition was just to play football, so the less time spent in the classroom to him, meant that he had more time to spend on the football field. Michael had the opportunity to meet the boy, and asked him what his dream and life ambitions were, at which the boy replied, to play football for, to him, the greatest team in the world, Manchester United. Michael inquired more about the ‘greatest team in the world’ – what Country were they located in? What language did they communicate in? At which the boy replied both questions with a reference to England, and the English language. Michael then further questioned the boy’s intellect, by asking him how he would be able to communicate effectively with his fellow team members in order to fulfill his ambition. Using terminology that the boy related to, such as ‘goal’ and ‘pass’, Michael pointed out to the boy that considering the fact that the team he wished to play for was located in England, and the native language is English, the boy would have to be able to communicate to his team mates in English. When asked whether he thought the English language would be useful for him to reach his ambition to play football at Manchester United, the boy agreed. Following, the conversation, the boy then began to focus his energy on learning the English language. At the next appointment a week later, Michael discussed the topic of mathematics in general, with the boy. With reference to the boy’s interests, Michael asked what the salary for football players in England was. The boy, eager to talk more about his prospective football career and ambition, replied that football players received a very good salary. Michael noted that as a good thing, but asked the boy to ponder on a thought ‘How was the boy sure that according to any contract he signed with the team, he was getting exactly what the team promised to pay him? Wouldn’t he need a greater understanding on the concepts of percentages, calculations and other mathematical terms?’ The boy acknowledged the fact that the study of mathematics would prove useful to him if his dream was to come true. Consequently, the boy became a very successful student.

Good education is the ability to apply learning material to do something with the knowledge gathered in school, to a greater picture – ones life, dreams or ambitions. How can that be achieved? Simple. Students have to primarily take an interest in learning. Usually, children have different dreams, we all have different dreams. So do you. When one is younger, ones dreams have no specific connection to reality or school. Dreams for one who is younger, is just the desire and the interest to do or achieve something.

Dreams are the biggest resource of energy on this planet – they are what encourage people to do great things and make important changes in the world. Providing a direct connection between ones dreams, hopes or ambitions to that of school work and learning English, will automatically result in the increase of interest and willingness or desire to improve school work or learn the English language. Asking simple questions like what do you want to study or do? Why do you want to study or do that? What kind of benefits will you gain if you succeed? Some students may not answer the questions – in that case, continue discussing the questions by expanding them a little bit more regarding their particular and personal interests and desires, when you will begin to see comprehension in their eyes. You will see in them, parts of wisdom that can create a greater desire and yearning for applicable knowledge.

At present, recycling and keeping resources continues to be a popular topic of discussion, but what is the biggest potential energy in the world? People’s dreams, so all that has to be done is to focus on that energy, recycle it and channel it to reality and school.

Another example from Michael’s practice occurred in January 2004, when he encountered a mother who had a complaint about her child’s behaviour and mannersisms – her child constantly stole money from her despite various educational methods and forms of punishment. Meeting the boy, Michael asked him simply to “Justify why he thought that it was right for him to constantly take money from his mother without her permission”. After further explanation of the question by Michael, the boy began to justify the notion by focusing the blame on his mothers’ actions. After the boy felt that he had justified his urge to take his mothers’ money, he stopped feeling the need to take the money, and stopped. The answer to that problem is simple. Children feel that they must have the opportunity to justify their mistakes in order for them to stop inappropriate behaviour.

Michael Levit has also had the opportunity to travel around the world, doing various research and investigations on his own theories regarding the problems of study and communication. Today, Michael, confident of his education, work experience and research, has come up with a basic solution to the problems of study and communication. Michael’s methods have been constantly tried, tested and approved by many students and parents, with great results. His success comes from the fact that his unique method, combined with modern technology and traditional Jewish education, offers solutions to various problems and difficulties. Namely, difficulties in modern education, attitude and relationships between parents and children.

Questions such as:
How can one increase the understanding ability of the student?
How can one help to improve the relationship between children and their parents?

Michael is confident that he has the appropriate solutions to those questions. In the television interview, he aims to be as hopeful and useful to Chinese parents and students.

Why do we study?
What is the real result of a good education?


The show will provide different terms of study from a combination of both traditional Jewish view points, and Modern education.

Michael’s experiences whilst traveling around the world, brought to light the idea of creating a game that helps students practice their oral English and communicate with one another. The unique game was a result of a research program investigating the difficulties in communication. Jaguar English is a fun and more sociable way of practicing oral English without the burden of reading books or listening to discs. It provides students the ability to compete, gamble, reach targets, gain luck, win money and last but not least, communicate effectively in the English language, with peers.